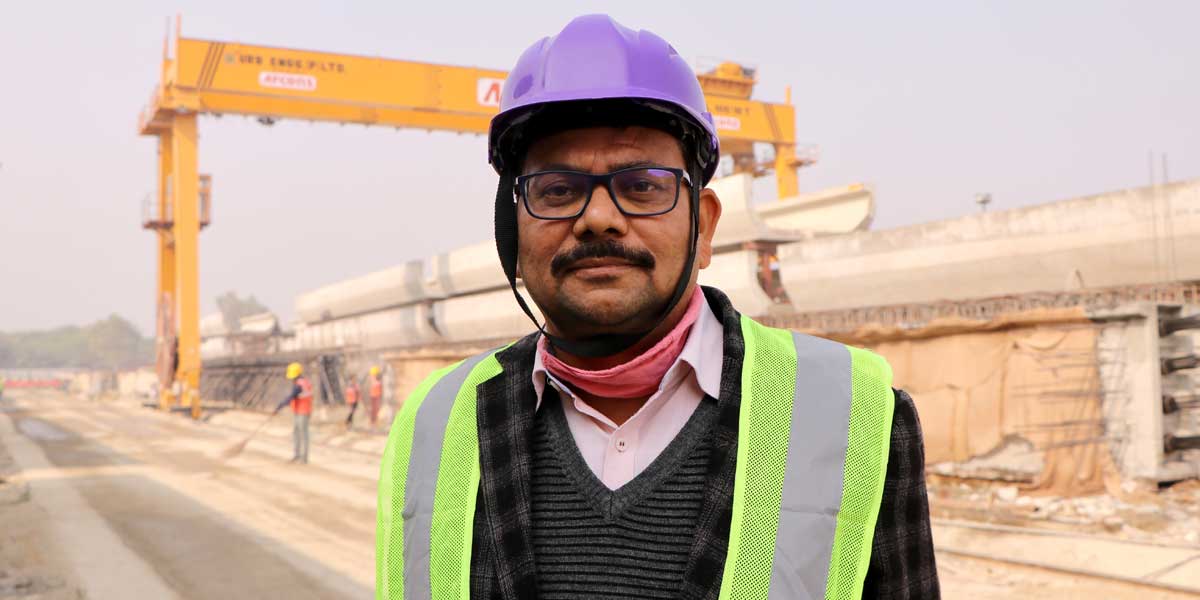 Infrastructure Transport
Sanjay Kumar Singh, Project Manager, Afcons Infrastructure, Kanpur Metro, has been on the go in constructing the project. Its recent milestone: It placed the 400th U-girder (of the total 622) for constructing the 8.728-km Priority Corridor from IIT Kanpur to Motijheel. With this, the base of the metro track for 5 km (of the total length of 9 km) of the Priority Corridor has been completed so far. What’s more, Kanpur Metro is also the first metro in India to use double T-girders for a metro-rail corridor; it helps in significantly saving time and cost. The casting of all 439 double T-girders has already been completed. The erection of these double T-girders has been completed on eight of the total nine metro stations on Priority Corridor. Another innovation – implemented in the Kan