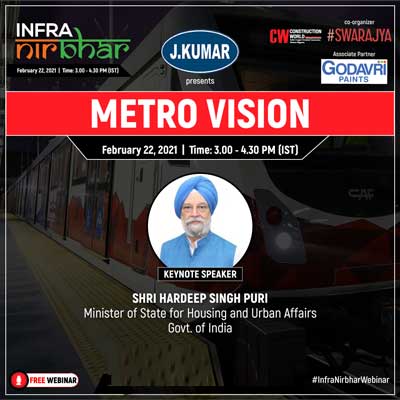 Indian urban centres and cities have become hubs of economic productivity, infrastructure, culture and diversity. They have become the key drivers of economic growth and there is a need to sustainably and inclusively expand them. Given that cities are witnessing an exponential increase in the use of personal motor vehicles, resulting in severe traffic congestion and pollution. “Efforts need to be put in to remedy this situation. There is a need to focus on improving our public transport system including the metro rail system in the most efficient and sustainable ways,” Hardeep Singh Puri, Minister for Housing and Urban Affairs, observed at the webinar on Monday, February 22, titled Metr