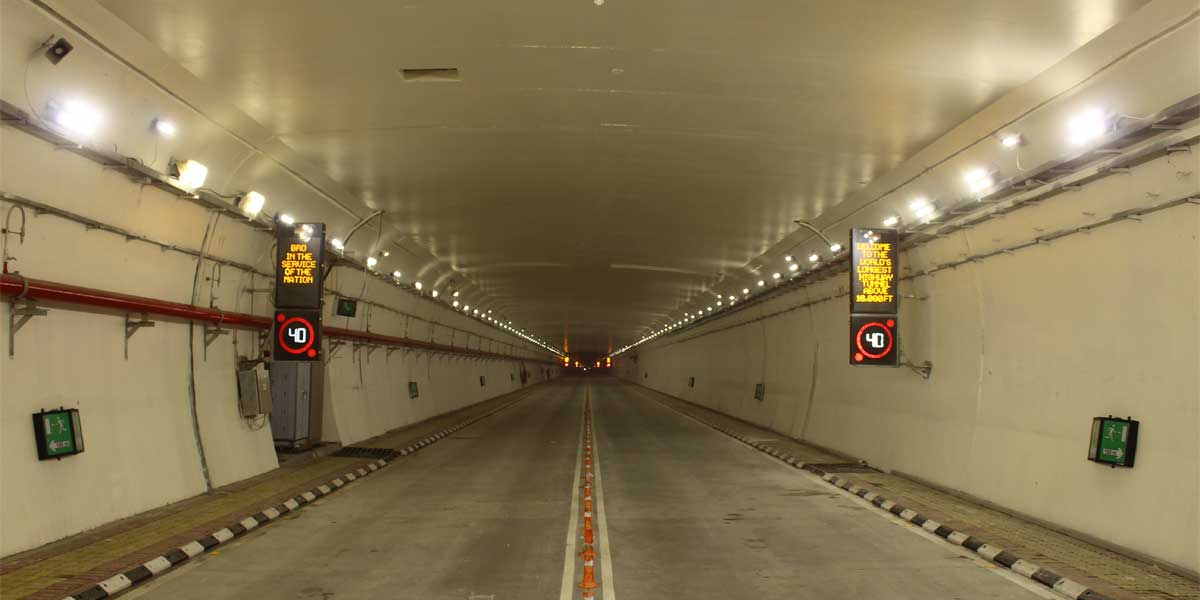 The Atal Tunnel in Himachal Pradesh was inaugurated by Prime Minister Narendra Modi last year on October 3. The 9.02-km tunnel is the world’s longest road tunnel at an altitude of 3,000 m (10,000 ft) above sea level. Passing under the Rohtang Pass in the eastern Pir Panjal range, it connects Manali with Lahaul and Spiti valley, and subsequently with Leh, throughout the year. It has reduced the distance by 46 km and travel time by five hours.

The Atal Tunnel was envisaged in 1983 by the Government of India to provide all-weather connectivity between Manali and Leh. In 2002, then Prime Minister Atal Bihari Vajpayee declared the construction of Rohtang Tunnel and laid the foundation of the approach road to the tunnel. The Border Roads Organisation (BRO) subsequently engage